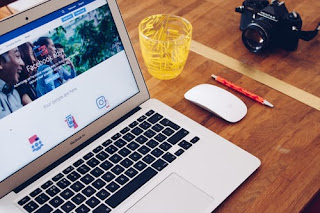 I recently joined a critique group and for the first time in years was reminded how much help other authors can be. We can all use another set of eyes when polishing our manuscripts. In a critique group you can be as much help to other writers as they are to you, and in the process you can learn a lot about your own writing.

But what about when one of your critique partners gets published? It occurs to me there are a lot of ways we writers can help each other. And many of them ae pretty easy.

On book release day, you could share the good new with your family, friends and fans. Just tell everybody you’re in contact with that they need to buy a copy of the book. You could also request that your local library order a copy. If you have a library card they usually will.

If you blog, offer the other a guest spot on release day or near it. They could give you a guest post or you could do an interview. Then add a picture of the cover, a synopsis and an excerpt. A blog post is a painless way to spread the word.

You could promote the book on social media. On Facebook you can post notifications of the book’s release. And, consider hosting a Facebook release party. On Twitter you can post tweets about the book with a picture of the cover attached. And every time the author tweets about his new book, you should retweet them. On Instagram and Pinterest you could post pictures of the book, and of yourself holding the book. On Goodreads the book will be noticed more if you mark it as “Want to Read.”

Of course, the best thing you can do to support another author is to buy his or her book. You say you got one in advance for free? So what? Buy one anyway. As a gift for a friend, a donation to your library, or as the prize in a giveaway when you’re promoting your own book.

And for goodness sake, review the book. On Goodreads, Amazon, Barnes and Noble, ITunes and anywhere else you can think of. And don’t just tell people that you liked it, tell them why.

We can all do a lot to support each other. And if you make the effort to support other authors, it’s a sure bet other writers will support you.

Writing is simply telling your story. In rewriting you ramp up the quality of the way you tell your story. When the rewrite is done, it’s time for serious editing. Again in this phase I focus on different elements to sharpen my writing. This is where I re-examine word choices and sentence structures, for example.

Which words I use to tell my story determine whether the prose is strong or weak. So I seek out weak verbs and try to replace them with strong verbs (did he run to the door or scramble? Or sprint?)  I look for adverbs and try to eliminate them. (Did he answer too quickly? Or did his mouth get ahead of his brain?) I try to lose clichés (raining cats and dogs? Or raining down every known type of pet!) I’m also on the lookout for inaccurate word usage and overuse of adjectives. Finally, I try to keep the writing simple. I want to use words everyone knows, and occasionally the odd word that people SHOULD know. I try to avoid those words that nobody knows. Nothing contrived or academic, unless it’s in dialog from somebody trying to impress everybody else.

Sentence structure choices can make your writing less boring. Have you tried the occasional one-word sentence? I have. I also use fragments on occasion. I try clauses to see if they work in a certain place. When I want to pick up the pace, I might use a series of short sentences. When I want to crank up the suspense I might switch to longer sentences.

At the same time I remind myself that less is often more in terms of prose. I don’t want to overcomplicate my writing. When I wrote news copy for TV I learned that sentences over 25 words made me run out of breath, so that became my cutoff. I try to use the same rule in my novels. Also, three commas in a sentence is my hard limit. So I try to keep it concise, as long as it doesn’t push my showing into telling.

I also love to use similes and metaphors, so in the editing phase I examine each one. It’s easy to unintentionally use a cliché. These comparisons need to be original. So I test every one.

In the dialog I want to be sure “said” is the dominant tag. It doesn’t disrupt the flow of the dialog or slow it down. Better still, I try to use actions to show who’s talking. This helps the reader to picture the conversation. People never just sit and talk to each other.

After my edits, it’s time for an outside professional to attack the manuscript. But at least at this point I know it’s as good as I can make it.
Posted by Austin S. Camacho at 8:37 PM No comments:

Focus During the Rewrite 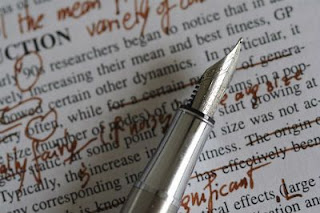 Writing is rewriting. When I lay down my first draft I’m basically telling myself the story and meeting the characters. Last time I told you what I focus on during that first pass. I point my brain in a very different direction when I get down to revising that draft. At this point I’m not learning the story I’m working to improve it. This is not editing. It’s too soon for me to worry about grammar and spelling. At this point I’m looking at the characters, the plot, the setting and if there is one, the theme.

I focus on the descriptions, all of which are written from the perspective of the point of view character. I write in third person, but it is close third person. That means that all of my prose needs to show what that point of view character sees, hears, feels, smells and tastes. Anytime the descripts don’t fit that bill I’ve wandered into omniscient view or worse, I’m head hopping.
Next I focus on the actual data. Every story is filled with relationships, character backstory, details about the setting, the history, the motivations. During the rewrite I’m looking at how my prose delivers that information. Everything needs to flow smoothly with no info dumps. And to maintain the point of view, all that data has to be presented in the point of view character’s voice, and it has to all be within his reasonable knowledge.

In revision I also re-examine the action. Not just the violent conflicts, but every character’s body language and casual movements. I want my reader to be able to clearly visualize all of the mannerisms. That is as important as being able to visualize the fight scenes. And each character’s action have to fit that character, without overdoing it (how many times did she twist that lock of hair?) Too many of those little movements can actually mess with the pace.

I also look closely at the dialog. Every word out of a character’s mouth should serve a purpose, either to promote the plot or deepen character development. And conversations should either reveal or impact the relationship between the characters talking. And I remind myself that each character has an individual voice.  This includes inner dialog. It has to ring true to their voice and be true to that character’s emotional stakes.

I focus on a different set of elements when I get down to the editing phase, but that’s for next time.

Posted by Austin S. Camacho at 9:23 PM No comments:

Focus on Improving Your Writing

When people ask “How can I improve my writing” I think of a number of fundamentals an author should focus on as they write. But perhaps one thing that may not be obvious is that where a writer’s focus should be depends on what stage of the process he is in. My process for writing a first draft is very different from my process when rewriting or editing a work. So I thought it might be of value to share where my head is at each stage.

I’ll start with the first draft. I have my outline and I’m ready to write. But the outline is just the plot, the sequence of events.  Once I start creating prose I need to answer one very important question: whose story is this? I’m going to tell this story through the eyes, and thoughts, of a specific point of view character. That character’s voice is what I hear in my head as the lines form, and that character’s voice shows in every line I type. Your first draft is the best place to explore that character’s voice.

You also want to decide on the atmosphere and mood of your story at the outset. The atmosphere is part of the setting, instead of what your characters see or hear it is what they feel. The atmosphere could be light and pleasant, or dark and foreboding, or even suspenseful like that still moment just before a storm hits. But It should be a decision, not an accident.

One other point. In my first draft I try to look back every couple of paragraphs and ask myself, ‘Did that serve the story?” As much as possible, I want every sentence to either advance the plot or develop my characters. The better I do at that, the less I’ll have to cut during the rewrite.

Next week I’ll talk about where I focus during that rewrite.
Posted by Austin S. Camacho at 8:13 PM No comments: